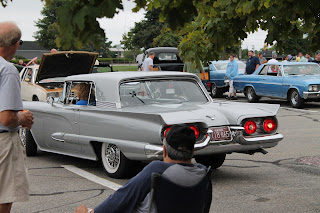 We showed up just as this cool Thunderbird (?) pulled in.  I don't know the year or any details, but I love the look of this car!  The hilarious part was watching this woman back into the parking space...'let her back up, folks! She's really terrible at it!'  'No! Turn the wheel the other way!'  Pretty funny.
Now, this was my first car show.  But I have seen THOUSANDS of pictures from car shows.  No body else had a camera, or seemed to be taking pictures; and, people were kind of giving me funny looks when I took pictures.  Is it not okay to take pictures?  I mean, no one actually said anything to me, or questioned me...I just felt odd doing it.  Probably just me, but I don't know.
Anyway, I did see one guy using his phone to take a shot of this Shelby: 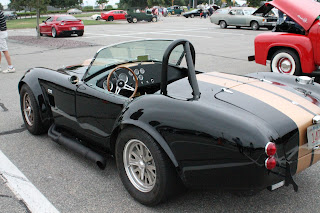 (quick side note: that station wagon in the back is actually part of the show...there were quite a few new mustangs, too.  The only requirement for admission to this particular club is that you have an American made vehicle.)
There were a lot of trucks: 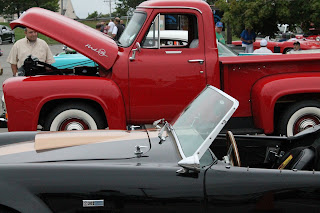 Some fun old cars, too: 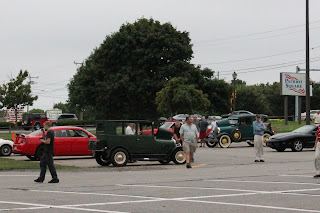 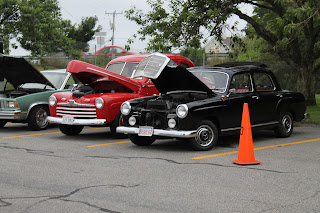 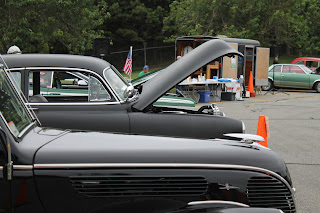 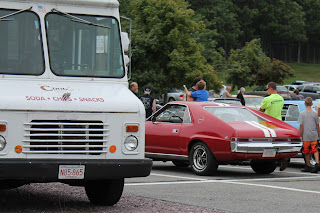 Including this Duster...for sale...$20,000 OBO:
﻿
It was fun to look at the cars.  Seeing their insides definitely got me really wanting to get at the Barracuda...really start learning about what goes on in there.
I have plans to meet up with my brother this weekend and hopefully chat about what needs to be done and get some numbers...like engine size and that sort of thing.

I stopped by Steph's yesterday to pick up the intake, valve covers and other bits so that I can start cleaning! 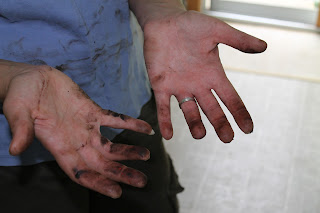 I would love more of this, but I decided I should probably go with gloves while cleaning.  I do also make paper jewelry when my girlie side shows through...wouldn't want dirty hands for that!  (By the way, the pinky nail really is just because it's the only one that hasn't broken or been chewed off yet!)

Today I made my first trip to our new Harbor Freight tool store.  I bought some degreaser, a box of 50 gloves and a new socket set (among other things)!
Hopefully my next post will be some before and afters of the engine parts!